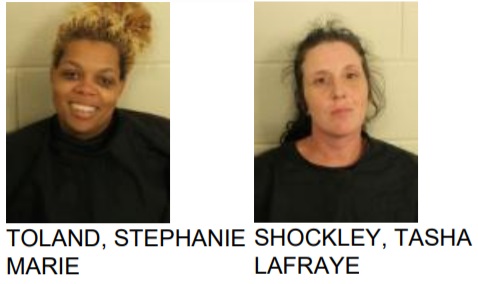 Two Rome women, Stephanie Marie Toland, 28, and Tasha Lafraye Shockley, 40, were arrested at a home on East 13th Street after the execution of a search warrant led police to find numerous drugs and a gun.

The search was conducted at 129 East 13th Street.

Toland is also charged with possession of a firearm by a convicted felon.