Marcus Dwayne Ragland, 28 of Rome, was arrested this week after police discovered a large amount of drugs and gun during a traffic stop for him playing loud music.

Reports said that while conducting the stop it was discovered that Ragland was driving on a suspended license.

A search then led authorities to locate marijuana, a firearm, and an open container of alcohol. 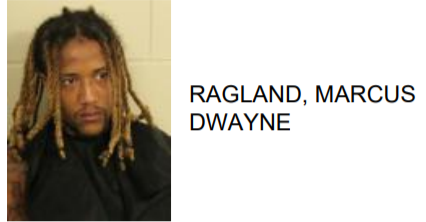