Scotty Joel Venable, 37 of Rome, and Avery Lea Holcomb, 31, of Rome, were arrested at an apartment on Redmond Circle following the execution of a search warrant that led authorities to find a large amount of methamphetamine and synthetic marijuana.

The meth that was found was located in numerous smaller packaging.

Venable is additionally charged with possession of a firearm by a convicted felon and probation violation. 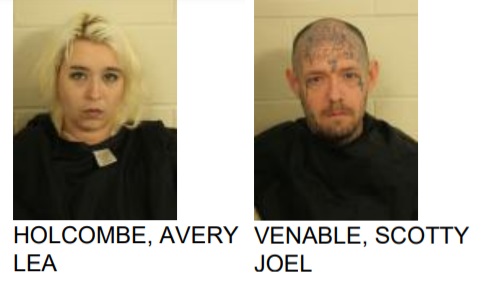