Jose Alfredo Orosco, 29 of Sun Valley, California, was arrested in Rome after a high speed and foot chase led to officers finding a large amount of drugs.

Reports said that Orosco was allegedly clocked driving at speeds of over 100 mph on Ga Loop 1.  When officers initiated their lights he continued to drive at high rates of speed down US 27 before turning on Booger Hollow Road.

It was then Orosco exited his car and fled in the woods.

He was captured a short time later.

A search of his vehicle led to officers find marijuana, methamphetamine, and a firearm. 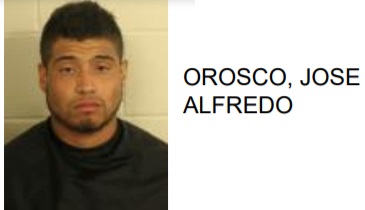