Daniel Lee Easterwood, 29, and Heather Nichole ONeal, 36, both of Armuchee, were arrested this week after the execution of a search warrant at 1 Willow Bend Drive turned up drugs after they were accused of stealing guns.

Reports said that the search led police to allegedly find methamphetamine, numerous razor blades and plastic baggies that are used to package the drugs.

Police went on to say that the couple stole numerous firearms and then gave them to another to pawn outside of Floyd County. The incident occurred sometime between Sept 2019 and July 2020. 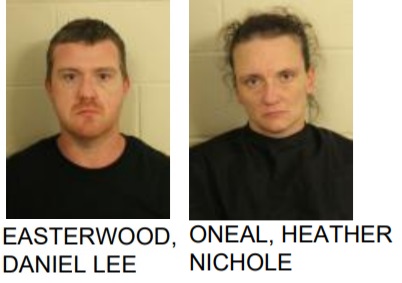