Telsa Rene Roaderick, 19 of Rome, was arrested this week after reports said she stole a car at the Citgo Food Mart on Alabama Highway.

Reports said that Roaderick got into a blue Ford Mustang  that did not belong to her and drove away.

After being spotted she stopped the car and attempted to flee on foot.  She was captured after a short chase.

Roaderick is charged with theft by taking a motor vehicle, entering an automobile with intent to commit a crime and obstruction. 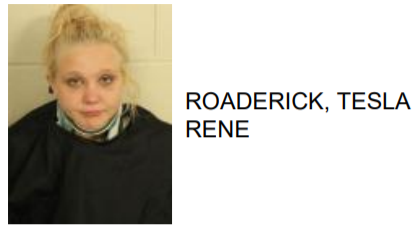