Jeremy Lee Terry, 41 of Rome, was arrested this week after he allegedly pointed a gun at another man and threatening their life.

Reports added that Terry also stole $480 worth of items from a front porch back on July 24th.

Terry was also allegedly found to be in possession of methamphetamine after running from police.

Terry is charged with theft by taking, possession of meth, terroristic threats and acts and obstruction. 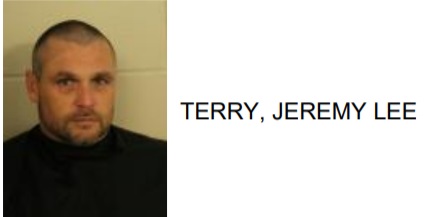