Toby Keith Johnson, 25 of Silver Creek, was arrested this week after reports said he imprisoned a 25 year-old woman and then threatened to “gut her”.

Reports stated that Johnson grabbed the victim by the throat and choked her before tossing her on the ground.  He then proceeded to allegedly damage her cellphone and told her if she called for help he would “get a knife and gut her”.

Police went on to report that the victim suffered red markings and bruising on her neck. 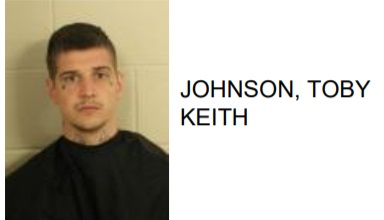