Lesa Dawn Davenport, 31, and William Auston Davenport III, 45. both of Rome, were arrested this week after reports said they took their minor children outside at 5 am while they were naked claiming they had worms in their skin.

Reports stated that the couple later admitted to smoking methamphetamine.

A bed of meth was later recovered from inside their home on Tency Lane.

Both are charged with possession of meth amphetamine and cruelty to children. 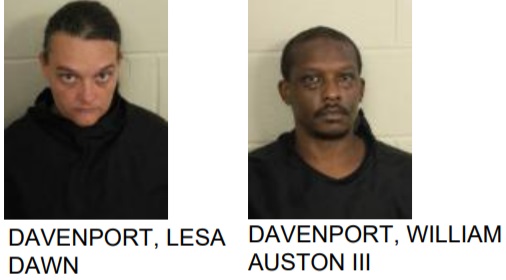