James Joshua Perez, 37 of Cartersville, was jailed in Rome this week after he allegedly kidnapped and raped a woman.  Authorities stated that the victim was kidnapped from the Sunrise Inn and Suites on Martha Berry Blvd back on July 24th by Perez and another man.

Reports added that he then drove to a mobile home on Rockmart Highway where he kept her in a closet against her will.

The victim reportedly received numerous injuries while being held at the home, including knife wounds and a burn to her leg. 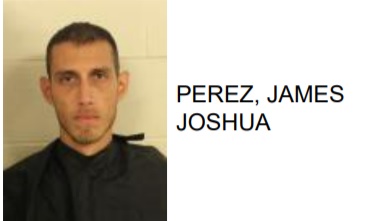