Jennifer Irene Swanson, 35 of Rome, and Joes Velesquez Jr, 38 of Fort Payne, Alabama, were arrested in Cobb County before being extradited back to Rome for the kidnapping and rape for a woman at the Oaks Mobile Home Community on Rockmart Highway in Silver Creek.

Police stated that Velesquez and another man kidnapped the woman from the Sunrise Motel and took her to the trailer on Rockmart Highway, where they held her against her will and raped her.

Reports said that Swanson is accused of hitting the woman in the head leaving large marks on her body. She also allegedly used a knife to cut the victim on her left leg and shoulder.  She additionally cut the woman’s hair.

Both are charged with rape, false imprisonment and aggravated assault.

Velasquez is additionally charged with kidnapping. 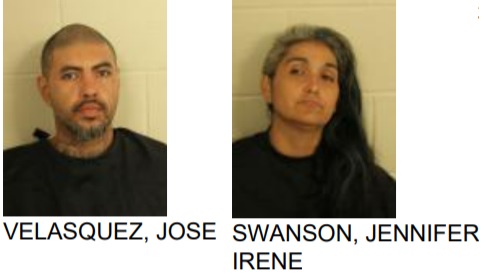