Tomika Yatoya Curtis, 52 of Rome, was arrested this week after she allegedly used her car to run over a woman at the Stop and Go Food Mart on Calhoun Avenue.

Reports stated that Curtis proceeded to push the car through the front wall of the store, causing at least $4,000 in damages.

The victim suffered an injury to her leg.

Curtis is charged with aggravated assault and criminal damage to property. 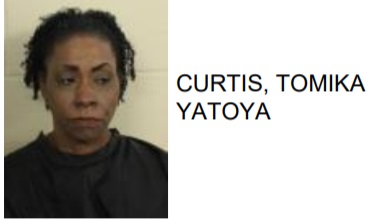