Kevin Monroe Johnson, 17 of Rome, was arrested this week after reports said he was spotted driving a moped on city streets and then attempted to run from police.

Reports stated that officers saw Johnson driving on East 13th Street and when they attempted to pull him over he allegedly kept driving despite attempts of getting him to stop.

Johnson is charged with willful obstruction and attempting to elude police. 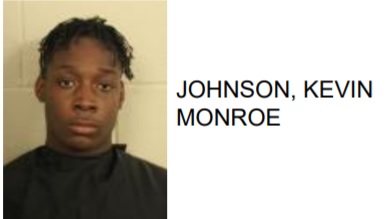