Keidron Jayquan Isham, 24 of Rome, was arrested this for the second time in a little over a year on child molestation charges.

Reports said that Isham made contact with someone he thought was a child under the age of 16 and engaged in sexual conversation.  Authorities went on to say that he then arranged a meeting with the “child” and was taken into custody at the spot.

His first arret on the same charges were April 2019.

Isham is charged with child molestation and sexual exploitation of a child. 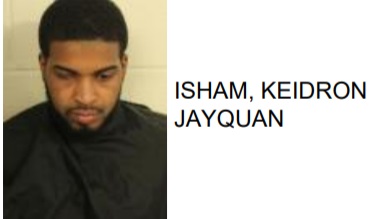