Two Romans, Lee Ray Casey, 63, and Amanda Leighann Culp, 31, were arrested at their home on Hopewell Street after a raid by the Metro Drug Task Force this week.

Culp was also found in possession of ecstasy. 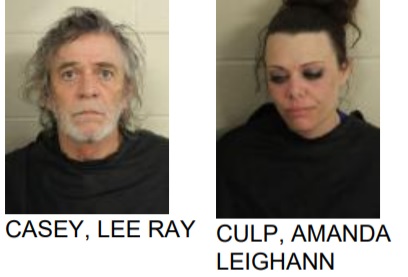