Stacey Rainey Smith, 64 of Rome, was arrested this week after he allegedly beat an 84 year-old man with his cane.

Reports stated that Smith and the victim had an argument at a home on East 15th Street when she hit the victim with her fist numerous times, leaving 2 lacerations around his left eye.

Smith then proceeded to grab the victim’s cane and struck them with the metal end on the backside of his head. The victim suffered cuts, which caused serious bleeding.

Smith is charged with aggravated assault, aggravated battery and exploitation and intimidation of the elderly. 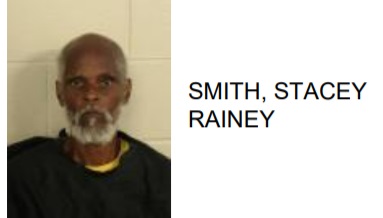