A homeless 54 year-old Rome man, Floyd Blair, was arrested this week at the Redmond Regional Medical Center after he allegedly threatened to kill a 55 year-old woman before acting violent toward numerous nurses.

Reports said that Blair made an effort to hit the victim while using curse words around others at the hospital.

Blair is charged with disorderly conduct and terroristic threats and acts. 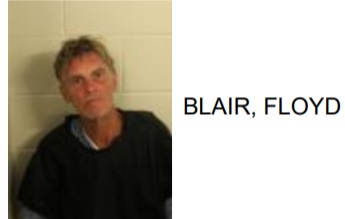