William Michael Watson, 64 of Rome, was arrested at Mellow Mushroom on Broad Street after allegedly assaulting a woman.

Reports said that Watson was being “extremely disrespectful” to patrons and then proceeded to shove a woman.

Police stated that Watson was then asked to leave numerous times but refused.

At that point, reports said, Watson grabbed a female victim by the neck and pushed her against the bar while placing his arm around her neck.

Watson is charged with aggravated assault and disorderly conduct. 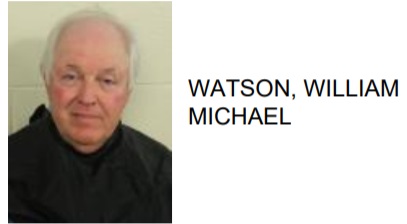