Steven Wayne Starley, 61 of Milledgeville, was arrested in Rome after he allegedly engaged with sexual conversations with someone he thought to be a minor child.  Reports said that Starley asked the “child” to send nude photographs and promised gifts in exchange for sexual favors.

He then proceeded to drive to Rome to meet up with the child.  He was taken into custody at the former Fred’s store near Armuchee High School.

A search led officers to find a rifle in his possession at the time of arrest.

Starley is charged with aggravated child molestation, obscene internet contact with a child, use of computer to solicit a child to commit an illegal act, trafficking a person for sexual servitude, sexual exploitation of a child. And possession of a firearm during the commission of a felony. 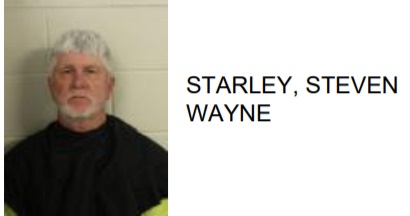