Curtis Allen Min, 42 of Washington DC, was arrested at the intersection of 27 North at Bent Oak Trail after reports said he engaged in explicit sexual online conversations with someone he thought to be under the age of 16 years.

Reports added that he was taken into custody at the location in which he was set to perform the sexual acts with the minor.

Officers went on to say that he proceeded to run from police when he saw them, causing one to lose his body camera and radio in a swamp.

After he was captured he was found with marijuana.

Min is charged with child molestation, obscene internet contact with a child, interference with government property, obstruction of law enforcement and possession of marijuana. 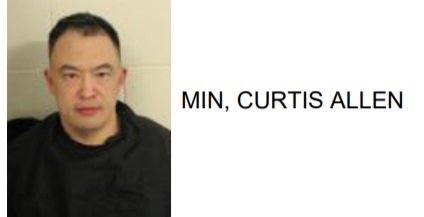