Two Romans, Allen Dewayne Boatner 39, and Kerricka Tremer Martin, 24, were arrested this week at the Maple Quick Stop on Maple Avenue after they were found in possession of drugs and a stolen gun.

Reports stated that Martin was also found with numerous packages of methamphetamine and a digital scale.

Boatner was also found with a bag of cocaine and later a bag of marijuana after arriving at the jail. 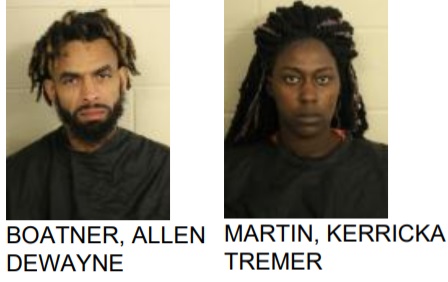