Two Rome teens, Karen Estelle Cox, 19, and Damon Travis Jones, 19, were arrested at a home on Ohio Drive after reports said they stole $250 in cash and several cameras from a 56 year-old man.

Both are charged with theft by taking.

Jones is additionally charged with battery. 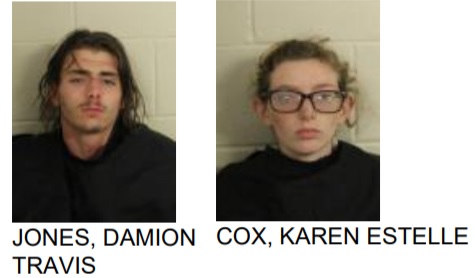