Two Rome teens, Jason Michael Battaglia, 17, and Madison Nichole Dickson, 18, were arrested at a home on Park Road after the attack of a 14 year-old child.

Reports stated that Battaglia hit the child with a closed fist in his face.

Battaglia then proceeded to run and hide from police.

Dickson allegedly not only witnessed the attack, but also proceeded to help him hide from officers.

She also allegedly attempted to negotiate with police over the phone for Battaglia’s behalf.

Both are charged with obstruction of law enforcement.

Battaglia is also charged with battery and first degree cruelty to children. 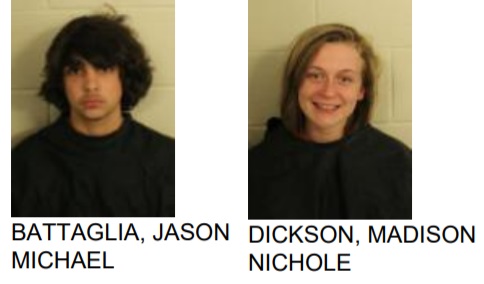