An inmate at the Floyd County Jail, Christopher Lee Wedgeworth, 25 of Summerville, found himself with an additional charge after reports said he threatened a jail officer.

Reports said that Wedgeworth was arrested at the Ga 1 at the Armuchee Connector for speeding and being under the influence of alcohol.

Reports went on to state that while at the Jail Wedgeworth stated that he was going to punch two officers in the face before tensing up and turning in an aggressive manner. The office stated that they suffered a cut to their arm during the altercation.

Wedgeworth was charged with obstruction. 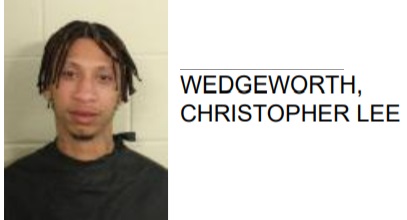