Bryan Scott Mazzo, 26 of Rome, was arrested this week after reports said he was found with and then attempted to destroy marijuana in an effort to keep police from confiscating the drug.

Reports stated that when officers attempted to get the drug Mazzo placed it in his mouth and swallowed it. Mazzo is charged with possession of marijuana, obstruction, tampering with evidence 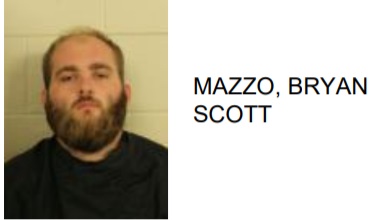