Clarence Cornelius Neal Jr, 24 of Rome, was arrested this week after reports said he pulled a gun on another man and then proceeded to hit another in the head with the weapon.

The incident occurred at a home on Cherry Street.

He is also accused of intentionally busting a window. out of the victim’s car with a small tab

Neal is charged with battery, pointing a gun at another and criminal damage to property. 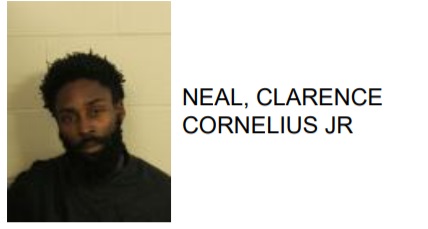