Dyani Amir Gregory, 34 of Decatur, was jailed in Rome this week after reports said he purposely committed a hit and run and was later found in possession of drugs.  Police said that Gregory struck a car in the real bumper and then rammed the same vehicle on the driver’s side around the rear wheel well.

Reports stated that the hit and run was done at the intersection of Shorter Avenue and Coosawattee.

After being spotted and pulled over officers said that they found marijuana and synthetic marijuana. 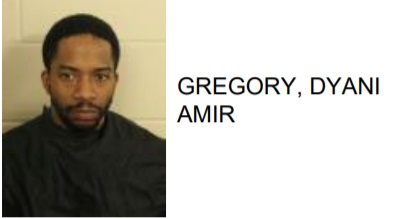