The Georgia Bureau of Investigation arrested Desmond Lavonte Brown, 28 of Rome, this week following an incident at the Callier Forest Apartments on Dodd Blvd.

According to reports, after being told not to get into a vehicle Brown attempted to do so.  The GBI added that while being detained Brown resisted law enforcement and had to be detained.

The incident occurred at the K buildings in the apartment complex

We have reached out to GBI officials in regards to if the arrest is in connection with the double murder of Vanita Nicole Richardson and Truvenia Campbell last week.

Arrest reports did include the detail “see case file”, but GBI declined to comment on case file.

Brown is charged with obstruction. 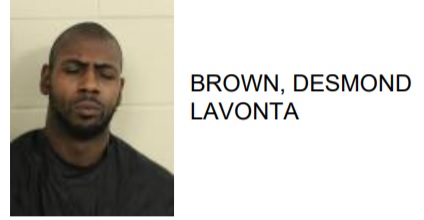