Kimberly Kamya McGregory, 33 of Rome, was arrested outside her apartment on Redmond Circle after she was allegedly found intoxicated while using profane and abusive language while in the presence of children.

Reports said that she was taken into custody just before midnight Wednesday.

McGregory is charged with public drunk and disorderly conduct. 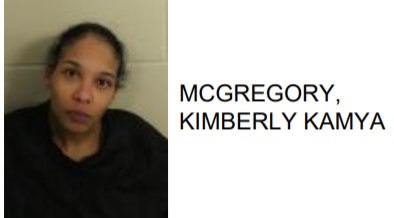