De’Kovian Chambers-Owens, 17 of Rome, was arrested this week after he allegedly illegally entered two vehicles in the 300 block of East Seventh Street and stole items.

Owens is charged with two counts theft by taking and two counts entering an automobile with intent to commit a felony. 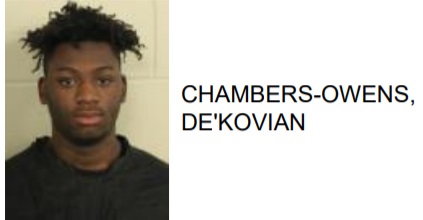