Brandon Christian Black, 22 of Rome, was arrested this week after while engaged in a verbal alteration he allegedly pointed a gun at a 25 year-old woman’s head.  Reports added that a child began he cry and he told the woman, “I don’t give a f**k, I’ll kill her to” when asked to stop.

The victim told police “I thought I was dead”, and then described the handgun as silver with a black grip.

The incident occurred at a location on Huffaker Road.

Black is charged with aggravated assault, possession of a firearm during the commission of a felony, pointing a gun at another and terroristic threats and acts. 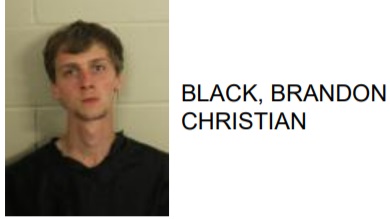