Warren Dennon Shannon, 34 of Cedartown, was arrested this week at a home on Tamassee Lane after reports said he refused to allow a woman to leave her home and then proceeded to grab and choke her during the altercation.

Reports added that after police arrived Shannon refused to comply with their commands and attempted to flee from the scene on foot. 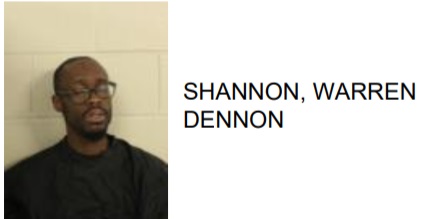