Keanna Rachel Vaughn, 23 of Rome, was arrested at the Fairbridge Inn on Martha Berry Bvld after reports said she scratched a police officer on his face while they were attempting to take her into custody.

The incident occurred after reports said she took a black bag, which contained possible heroin, methamphetamine, marijuana and glass smoking devices into the nearby Hi-Tech service station.

Officers added that Vaugh also gave them a fake name while being questioned.

She is also accused of yelling and cursing at a nearby hospital. 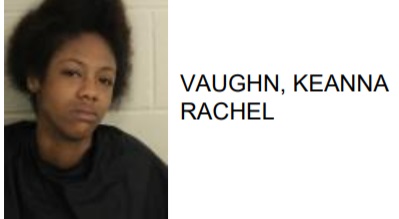