Joshua Lee Cook, 19 of Adairsville, was arrested in Rome this week after reports said he got into a domestic altercation with his mother after being told not to have contact with her.
Cook is charged with aggravated stalking.

Joshua Lee Cook, 19 of Rome, was arrested this week after reports said he attempted to break down a woman’s bedroom door in order to get her cellphone.

Reports added that the incident occurred at a home on Adairsville Road.

Cook is charged with simple assault and criminal trespass. 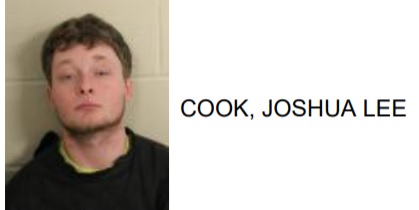