Johnny Erick Selman, 43 of Rome, was arrested this week after reports said he molested a girl while she was between the ages of 4 and 8 years.

Selman was a relative of the victim.

Selman is charged with aggravated child molestation, sexual battery against a child, aggravated sodomy and incent. 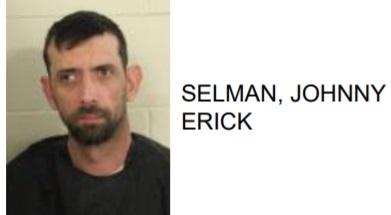