Buddy Oliver Carter, 72 of Rockmart, was arrested this week after police said he paid Donisha Nicole Collier, 35 of Rome, for sexual relations.

Reports said that the two were found sitting in a car near Old Rockmart Road and Silver Terrace with no pants on.

Carter is charged with public indecency, pandering and possession of meth. 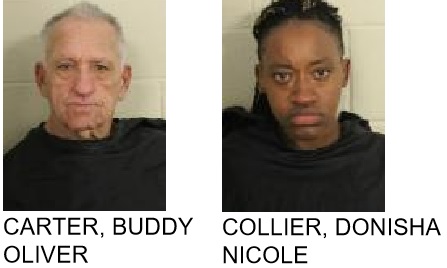