Cameron Andrew Thornton, 20 of Rome, was arrested this week after reports said he accidently shot and killed James Triston Williams, 19 of Cedartown, at an apartment on South Sycamore Street Sunday.

Reports aid that Williams was shot in the chest while the two men were playing with a gun.  Authorities said that Thornton pointed a gun at  William’s chest and when Williams reached for it Thornton pulled the gun back, which caused the gun to discharge.

Police added that they feel as if the shooting was an accident. However, Thornton was a convicted felon, thus was not allowed to in possession of a gun. 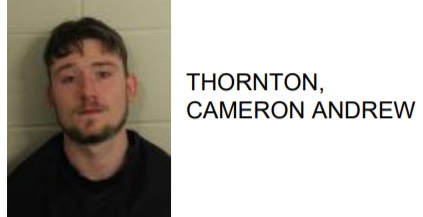