Ja’Khymbriel Cetoria Johnson, 19 of Rome, was arrested after leading police on a chase while carrying a gun.

Reports said that Johnson ran from a traffic stop, while carrying a black bag, when she finally threw the bag on the ground in an attempt to hide it.  She was soon caught and the bag was recovered.

Officers stated that they located a black handgun.

She is charged with tampering with evidence, obstruction and carrying a concealed weapon without a license. 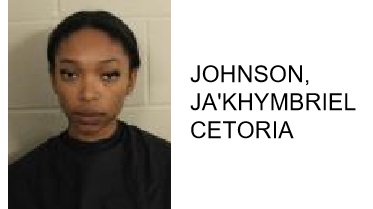