David Lee Jeter, 18 of Rome, was arrested this week after reports said he had sexual intercourse with a girl under the age of 16 between July 1 and July 31 of last year.

Reports added that between August 1 and November 21 of last year he touched a 12 year-old’s breast.

Reports did not say if the victim was the same person.

JJeter is charged with sexual battery and statutory rape. 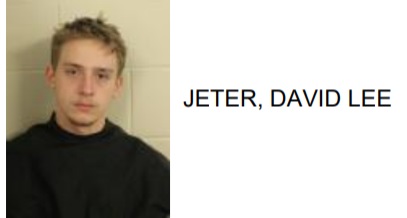