Jeffery James Lovingood Jr, 28 of Aragon, was arrested this week at a home on Watters Street for allegedly attempting to murder his brother.

Reports said that Lovingood hit the victim with a sharp object, resulting in serious injury.

Authorities went on to say that the victim had to undergo emergency surgery on his arm.

Lovingood is also accused of jumping out of an ambulance and then pushing emergency responders while attempting to flee the scene while under arrest. 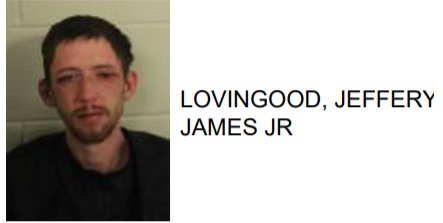