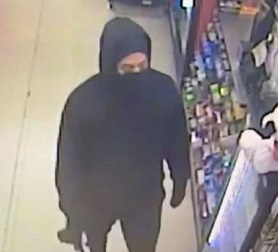 Police in Calhoun has asked for the community’s help in locating a man who robbed two Dollar General employees at gunpoint last week.

The incident occurred at the store on Oothcalooga Street on the west side of Calhoun.

CPD said that the employees had just closed the store and were walking to their cars when a man approached them with a handgun and demanded money. After one of the victims handed over $80, both victims were ordered back into the store.

When the safe opened, the employees were forced to empty the money into a bag.

The suspect then took the store phone, the phones of both employees and fled.

Police say it’s possible that the suspect has robbed other stores in the Rome area as well.