Larry Ronnie Johnson, 31 of Atlanta, was booked into the Floyd County Jail after he was accused of burglarizing the numerous stores in northern Floyd County.

Reports added that he is also accused of a smash and grab burglary at Mr C’s on Martha Berry Blvd that same month. 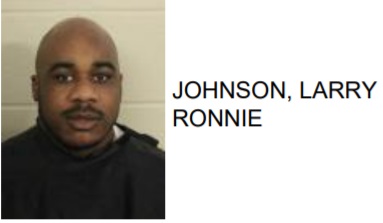