Mollie Mae Medlock 23 of Rome, was arrested this week after she was found allegedly driving under the influence of alcohol and marijuana at a high rate of speed on Ga 20 at Biddy Road.

Reports said that Medlock was clocked at 65 mph while failing to maintain her lane and was subsequently pulled over.

Officers then reported that they located marijuana debris on her jacket sleeve where she attempted to throw the drug out of the window.

Officers added that she was also holding her cellphone when apprehended. 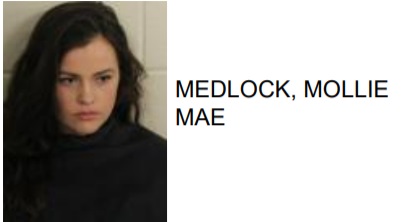