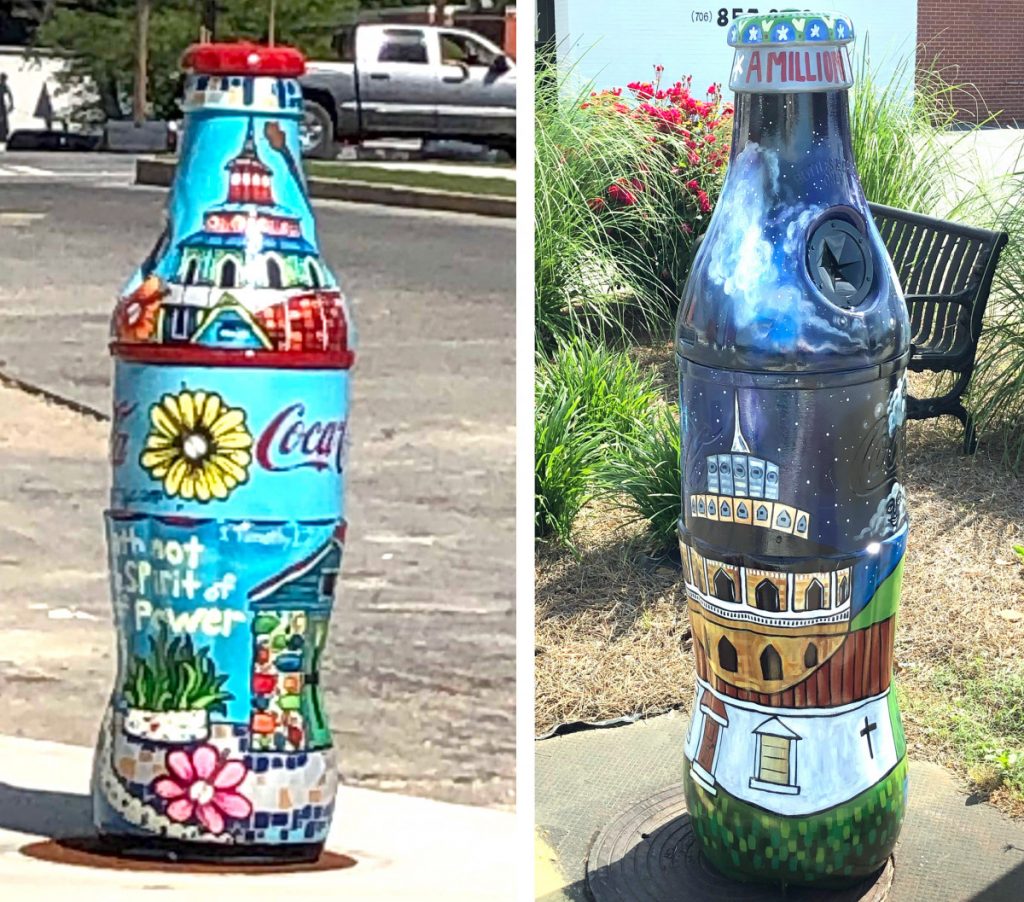 Summerville Police say that two large folk-art Coca-Cola bottles were taken from downtown Summerville this week and they are looking for any information on who might have stolen the artwork, which is owned by The City of Summerville.

The Howard Finster-inspired Coke bottles were placed around the city in conjunction with Summerville Main Street to attract attention and featured Paradise Garden and Finster themes. The decorative bottles are about chest-high and were filled with about 50 pounds of sand to help stabilize them.

The bottles were last seen on July 25.

Anyone with any information about the missing Coke bottles are asked to call Chattooga 911 or Summerville Police Detective Brian Ozment at 706-859-0912.